About Songs from the Black Skylark zPed Music Player

Aberjhani's Songs from the Black Skylark zPed Music Player is as much an odyssey through fusions of poetry and prose as it is one through the lives and times of its enigmatic characters. Even though the phrase 'lives and times' is a common one, within the context of these multiverse pages it can on different levels be taken literally.

The specific quality of the novel’s text was less a stylistic choice than a vehicular necessity required to render properly the movements between the ordinary cityscapes of one region and the swirling psychic rhythms of another. How else could an author attempt to make sense of two legendary musicians’ unexpected involvement in the life of Danny Blue, a survivor of severe childhood traumas, and that of Valerie Hyerman, a gifted young artist who unwittingly inspires the creation of a dangerous cult following?

A Southern Gothic Rock and Roll Murder Mystery?
Or a Mythopoeic Love Story? 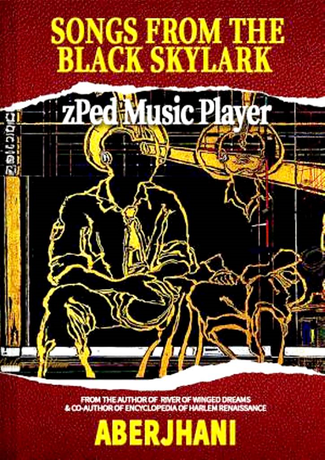 Songs from the Black Skylark zPed Music Player - a mythopoeic speculative fiction fantasy novel by Aberjhani. Now on available on Amazon.
There is some basis for describing Songs from the Black Skylark zPed Music Player as a southern Gothic rock and roll murder mystery. Yet there may be more reasons to consider it a mythopoeic love story in the mode of classic tales where heroes, and anti-heroes, attempt to challenge powers far greater than their own for the sake of reclaiming love stolen by tragedy.

The theme is also true to stories from fact-based history (including current history) wherein members of families torn apart by war or slavery have found themselves battling overwhelming odds and risking what remains of their lives to reconnect with their loved ones.

The story unfolds in a region which mirrors that of the southeastern United States, a place still struggling with the memories and legacies of slavery. Is it a metaphor for a city such as Charleston, South Carolina, or Savannah, Georgia? Or is it somewhere in a completely different dimension altogether, in a place parallel to such cities on a second parallel world?
Like diverse genres of music itself––whether hip-hop, country, jazz, classical, rock, blues, or alternative––Songs from the Black Skylark zPed Music Player moves to the beats of interior and exterior realities. In his literary review, Louisiana poet and novelist Jerry P. Bolton wrote with insightful depth when he described the first edition of the book like this:

“Within the pages of this grand novel you will be taken on a surreal journey, but with reality nudging the reader in unexpected forms. From the phenomena of a semi-faith-based suicide, or –– known in Froggtown as ‘dying dirty’ – begun by Danny Blue's confidante and lover, Valerie who was –– before she accepted her fate to ‘trans-evolve’ –– an exceptional artist, with a mystique and allure about her which transcended mere mortals. There are supernatural powers at work in this book…

It is fraught with complex and diverse plots, a subterranean and evil mission squaring off against those who have it in their power to stop the madness, if they only have the time and the will…”
​

Those observations are accurate enough. So are the ones made by early readers of excerpts from the novel posted on the popular AuthorsDen website. Songs from the Black Skylark zPed Music Player stands as a bold work of genre-bending innovative fiction that takes readers into unexpected areas of thoughtful considerations and unanticipated feelings.

In addition to the online edition of the book itself, readers can enjoy the Bonus Story Tracks blog. For episodes and characters only hinted at in the novel, the blog will feature additional background material that provides more complete insights.

Like the zaniest roller coaster rides or the most provocative films, this particular adventure through shadowed rhythms of elation and desperation is not for everyone. Hopefully, however, those who are able to stick with for the long haul will by the end find themselves thrilled by the ride. 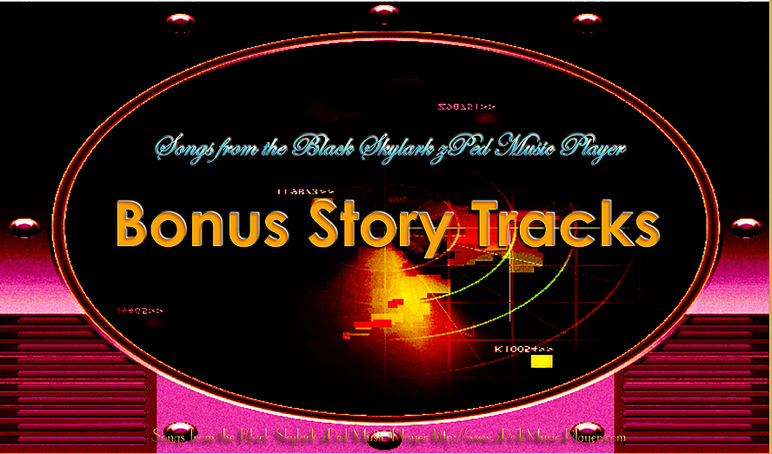